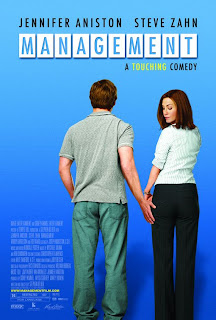 Hanks' Angels & Demons managed to hold off a tenacious Trek for a No. 1 finish at the weekend box office, grossing $48 million to Captain Kirk and company's $43 million, per studio estimates today.

• Management is Aniston's worst-performing movie of any kind since 2005's ill-fated Rumors Has It, which averaged $1,233 in its opening weekend. Still, Management distributor Samuel Goldwyn Films said audience exit-polling for the new comedy was strong, and maintained word of mouth would turn things around.
on May 17, 2009