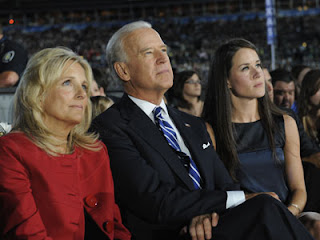 Radar: An explosive video being shopped to media outlets has plunged the White House and Vice President Joe Biden into a cocaine scandal, RadarOnline.com has learned exclusively.
The video shows a woman, who is represented by the seller and his attorneys to be Biden’s daughter Ashley, snorting several lines of cocaine.
The tape has been viewed by a RadarOnline.com freelance reporter who confirms the woman looks identical to Ashley Biden.
Tom Dunlap, an attorney for Dunlap, Grubb and Weaver in Washington D.C. is representing the seller of the tape in brokering a deal and several news organizations have seen the footage.
In addition to RadarOnline.com, representatives for the New York Post, a large British newspaper and the National Enquirer have all viewed the tape.