The Pussycat Dolls offer to babysit for Britney Spears! 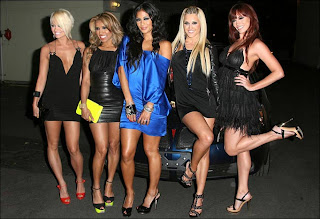 "We've just been working on it for a long time," she said Friday on Ryan Seacrest's KIIS-FM radio show. "It's going to be a huge tour -- we just had to get on it. We're so excited!"

She says the Dolls have been pals with Spears for some time; the singer even shot a cameo for their video "When I Grow Up" earlier this year. (Spears' cameo was edited out of the final cut.)

"Ryan, I hear that sarcasm!" Scherzinger shot back.