Drew Barrymore and Justin Long are made for each other! 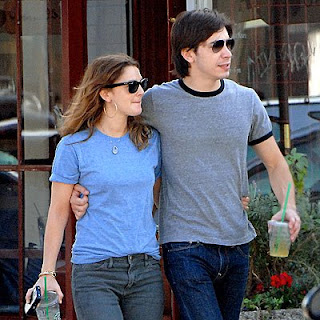 People: Drew Barrymore and boyfriend Justin Long may have met on the set of He's Just Not That Into You, but nothing could be further from the truth, a friend of couple says.

"They're two peas in a pod, they're made for each other," Sam Rockwell told PEOPLE at the Cinevegas Honorees Reception at Las Vegas's Planet Hollywood Resort.

Rockwell, who was receiving one of the festival's "Half Life" awards, said the make-out-happy couple are both sensitive people.