Gwyneth Paltrow gets sexy tattoo for her husband's eyes only! 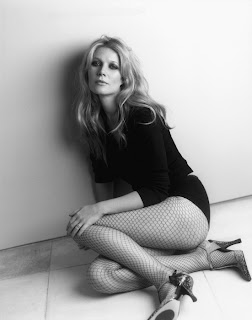 That will fix everything..................
Daily Mail:
Clean-cut actress Gwyneth Paltrow, who has eschewed extravagant Hollywood lifestyles to become a rather sensible North London mother-of-two, has at last revealed a naughty streak.
She has acquired a rather cheekily-placed tattoo.
The Hollywood star had a tiny "C" etched at the top of her right thigh in London department store Selfridges last week.
It may not be a match for Amy Winehouse's brash topless lady on her arm, but for thoughtful Gwyneth even this discreet gesture is a huge step, and a meaningful one.
The C is said to be an expression of love for her musician husband, Coldplay frontman Chris Martin, and has eased concerns that their relationship was in trouble.