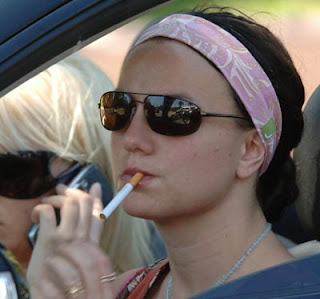 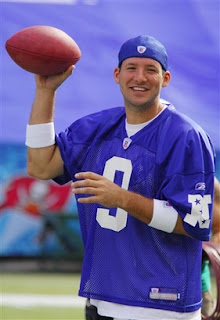 I think Romo is too smart to get involved with Ms. Train Wreck........
People:
After a long court hearing for her custody battle on Friday, Britney Spears hit the town with her longtime friend, Alli Sims – and Dallas Cowboys quarterback Tony Romo. The pop star, dressed in a masquerade ball mask, and Sims, first made a quick stop at the L.A. restaurant Ketchup where Romo was having dinner."[Spears] walked around the restaurant into the lounge where she met up with some people," an observer tells PEOPLE. "She didn't eat or drink …[It] seemed like she was rounding up people to go to [out]. She was very friendly and smiley, in and out." Another source says, "Alli was meeting up with Tony and his friends at Ketchup and Britney wanted to come along. Tony and Alli have been good friends. They've known each other for a little over a year. " Later, Romo met up with Sims, Spears and other pals at the Hollywood hotspot Les Deux where they hung out for a friendly low-key night upstairs. Spears was "sitting with her friends and Tony. Everyone was just hanging out. Brit was upbeat, really seemed fine." The following night, perhaps in a nod to her friend Romo, a source says "Sims even playfully dressed as a quarterback for Ryan Cabrera's costume party on Saturday night."
on October 28, 2007 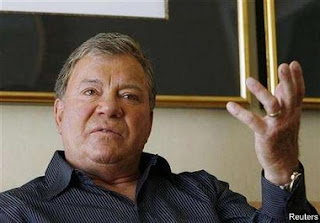 I have to agree with Bill on this one...
AP:
The original Capt. Kirk is disheartened he won't get to boldly go anywhere with his old pal Spock in the new "Star Trek" movie.
While Leonard Nimoy is reprising his role as the pointy-eared Vulcan in next year's science-fiction flick, William Shatner is not on board as Kirk.
"I couldn't believe it. I'm not in the movie at all. Leonard, God bless his heart, is in, but not me," Shatner, 76, told The Associated Press on Thursday. "I thought, what a decision to make, since it obviously is a decision not to make use of the popularity I have to ensure the movie has good box office. It didn't seem to be a wise business decision."
Director J.J. Abrams announced last summer that Nimoy would reprise the role he originated opposite Shatner in the 1960s television show and played again in six big-screen adventures.
Abrams said Shatner probably would have a part in the film, which is due in theaters in December 2008. But while Shatner said he had a couple of meetings with Abrams, nothing came of it.
on October 28, 2007 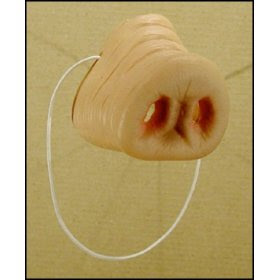 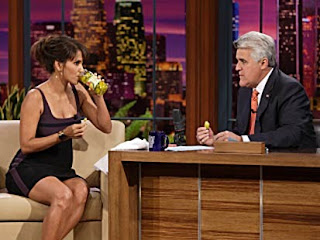 Geno's World was contacted by Bella Shapiro who is organizing a unique protest of Halle Berry's tasteless Jewish joke on a recent Tonight Show. Shapiro urges all who were offended to purchase a fake nose such as this pig nose from Amazon.com
and send it to Halle Berry's publicists:
Laura Bass and Brad Caffarelli at
Bragman Nyman Cafarelli
8687 Melrose Ave
8th FL
Los Angeles, CA 90069
Halle Berry's apology.

Gretchen Wilson says airplane disturbance was all about her dog. 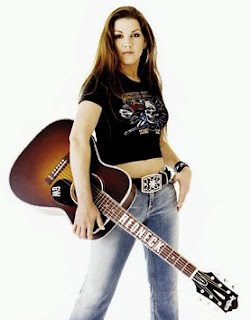 Woof!
Star Pulse:
Country music star Gretchen Wilson has defended herself against accusations she became "verbally abusive" to a stewardess on a recent flight to Los Angeles from her native Nashville, Tennessee.
The singer, 34, admits loudly swearing at a member of the cabin staff, but claims she had had enough of being constantly asked to keep her dog in its carrier case.
Wilson says, "I took about three and a half hours of being badgered and I finally said a cuss word, and I said it loud. It all started over keeping my dog under the seat, and there were other dogs on the plane that weren't forced to stay in their kennel but I was being forced to keep my dog in mine. I took about as much as I could take and then I finally cussed her. That's country music!"
She adds, "It's interesting to hear how the story has evolved. I've heard people say I had a pit bull on that flight!"