The "Sex And The City" women's wrinkles erased by digital editing? 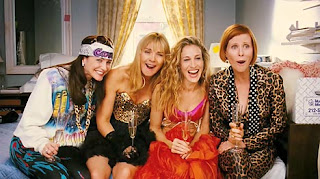 They could keep the series of movies going forever with animation..........
Daily Mail:
It may be a decade since their show first hit the screens, but when the Sex And The City girls appear in their eagerly awaited movie next year they'll be looking as good as ever - thanks to that wonderful piece of technology, the digital airbrush.
Actress Sarah Jessica Parker, has been editing the first rushes as executive producer and is using all the tricks possible to make the cast look good.
"She demanded a soft-filter lens during filming because it is more flattering," says my source on the set in New York.
on December 23, 2007