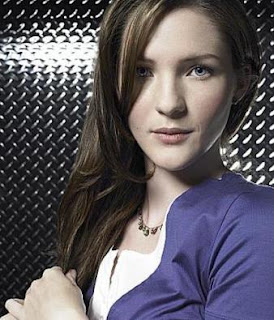 I love "The Nine" and dig Jessica Collins on the show. Only 5 episodes left to go as ABC is burning off unaired episodes this summer. I'm thrilled to learn that Jessica will be joining the cast of "Heroes" next season....
Heroes Fanatic:
We can now add another name to the list of new cast members on Heroes: Jessica Collins. The actress last appeared on the ABC series, The Nine. Her other credits include turns on CSI and Ghost Whisperer. In 1988, Collins was also first runner-up in the Miss Teen USA Pageant. She attended The Royal National Theatre Studio in London and The Howard Fine Actor’s Studio in Los Angeles.
on August 05, 2007