"Lipstick Jungle" stage manager arrested for stealing $30,000 worth of clothing and trying to sell it on eBay! 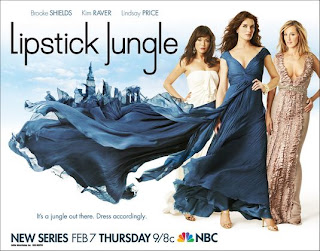 Gee, how did a brilliant guy like this get caught?...........
Yahoo:
NEW YORK – A stage manager has been charged with stealing $30,000 of designer bags and clothing from the television show "Lipstick Jungle" and trying to sell them on eBay.

Arthur Moreira, 27, was arrested Friday after investigators posing as buyers found missing items at his apartment. The haul included 16 coats, bags and suits by Prada, Gucci, Fendi and Dolce & Gabbana.

The Brooklyn District Attorney's office said prosecutors investigated after an employee of Paris fashion designer Sylvia Toledano saw a crystal-encrusted clutch that had been loaned to the show for sale on the Internet.

Prosecutors said Moreira offered to sell the bag and a Burberry coat for less than retail value by explaining that "they fell off the back of a truck."

Moreira worked for a Brooklyn storage and production facility used by the NBC show, which stars Brooke Shields, Lindsay Price and Kim Raver.

Moreira was scheduled to be arraigned Saturday. It was unclear whether he had an attorney
on January 25, 2009

Video: Amy Poehler and Rachel Dratch explain who the Jonas Brother are to Parker Posey at Sundance! 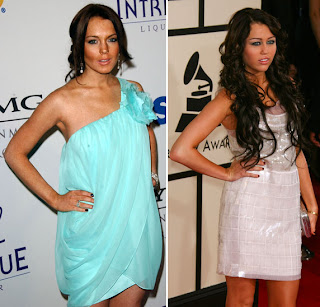 Miley is the obvious choice.........
Entertainmentwise:
Lindsay Lohan and Miley Cyrus are in the running to play Snow White in a new big screen adaptation, according to a new report.

The pair - who have both hit the headlines with their not-so-innocent antics - are said to be movie bosses' top choice to bring some bad girl attitude to the role of the pure Disney princess.

"There is a lot of interest in adapting this book, especially off the back of the huge success of Twilight and Harry Potter," a movie insider tells The Sun.

"Talks are already underway with the likes of Lindsay Lohan, Miley Cyrus and Megan Fox in the reckoning for lead roles."

Like the Disney animated classic, the new live-action version will be loosely based on Jim Hines' novel The Stepsister Scheme.
on January 25, 2009