Cate Blachett says all three of her pregnancies have been surprises! 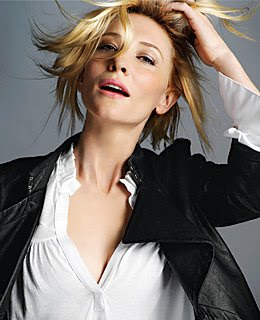 Exposay:
Cate Blanchett says all her pregnancies have been "surprises".
The 39-year-old actress - who has three sons, seven-year-old Dashiell John, four-year-old Roman Robert and eight-month-old Ignatius Martin, with husband Andrew Upton - admits she has been stunned each time she has found out she is expecting.
She said: "My pregnancy with Ignatius was surreal. He was a surprise. But they've all been surprises. We didn't get married to have children. So when they've popped along it's been 'whoops!' but it's been great."
Cate also revealed despite having an Oscar under her belt for her role in 2004 movie 'The Aviator', she still has to turn down roles she would have liked to take because of her family commitments.
She added to Canada's Toronto Star newspaper: "You can pick and choose as much as a mother can pick and choose. I have three kids, two of them are in school, and my husband and I are running a theatre company. I have a few months off a year, and films can't always wait."
Cate recently revealed she thinks it is her "responsibility" to have lots of children because she is "halfway decent-looking".
She said: "The world is so massively overpopulated, but if you're halfway decent-looking and you make nice ones, then I think it's probably your responsibility to make more. That's why we just have to have more of them!"
on December 28, 2008

U2 performing "Two Hearts Beat as One" live.

Hayden Panettiere Has Hot Tub Fun With Chumps! The Bastardly

Janet Jackson is enraged that Beyonce implied that her family is a bunch of dirty gutter rats! 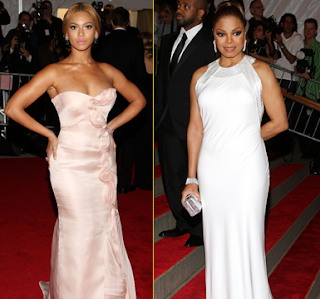 Will they end up slamming each other in song like rappers???
National Enquirer:
A furious Janet Jackson is vowing to strike back at Beyonce for publicly ridiculing the way her parents raised her."Beyonce's remark came out of left field and really stung Janet," a family insider told The ENQUIRER.In describing her own childhood, Beyonce recently told a reporter: "I grew up upper class. Private school. My dad had a Jaguar. We're African-American and we work together as a family, so people assume we're like The Jacksons."Then came the zinger: "But I didn't have parents using me to get out of a bad situation."When Janet heard about the slam, "she blew up," revealed the insider."Yes, Janet and the Jackson family came from Gary, Indiana, and there was a time they barely squeaked by. But Janet has many loving memories and is incensed that Beyonce would make a crack like that."Janet wanted to know why Beyonce had to mention her family. They're not friends and barely know each other. She feels Beyonce went out of her way to tell the world she's from the upper class and the Jacksons were like a bunch of dirty gutter rats."Janet is proud of her family and how they came from nothing and became superstars."Not only is Janet telling everyone who will listen that Beyonce has a lot of growing up to do and that she needs to stop trying to impress everyone, she's planning to confront Beyonce herself and read her the riot act."
on December 28, 2008

Video: Lindsay Lohan and Samantha Ronson call each other "babe" and "sweetie" after sharing smokes and laughs.