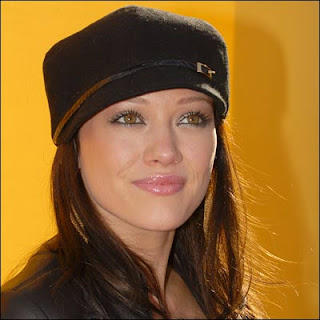 The marketing people deserve an A+....................
ET:
Is a prominent zip-code change in the cards for HILARY DUFF? A source tells People that the singer/actress has been asked to read for a part on the CW's hotly antinicipated "Beverly Hills, 90210" spin-off.
According to the mag's source, Duff is under consideration for the role of Amanda, the daughter of the Beverly Hills High principal. The CW declined to comment on the report when asked about it by ET.
In the meantime, the former "Lizzie McGuire" actress is set to co-star alongside JOHN CUSACK and BEN KINGSLEY on the big screen in the political satire 'War, Inc.,' out in limited release this May.
on April 27, 2008