Why oh why has Jenny on "The L Word" turned into a total bitch????

I love watching "The L Word"........But the characters sometimes seem to undergo complete personality changes on a dime. Jenny used to be a cutsie doe eyed sweetie . Now, she's a raging, unlikable bitch. Sigh.........I want cutsie Jenny back!
on January 13, 2008 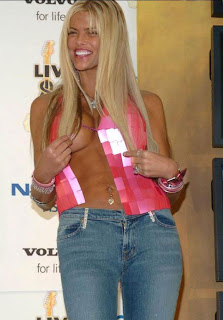 ET:
Is ANNA NICOLE SMITH's little girl losing her sight? Only ET has the truth behind why LARRY BIRKHEAD and Anna's baby is wearing an eyepatch!
"She has strabismus, which is a turning in of one of her eyes, and it's something that we've been looking out for for a while," Larry tells our own MARK STEINES in an exclusive interview. "I've been taking her to the doctors and ... Anna had taken Dannielynn to the doctor [in the Bahamas] to see about it when she was just a few months old."..........And Larry staunchly defends any suggestion in the tabloids and on Web blogs that Dannielynn's condition has anything to do with methadone or any medications Anna may have taken during her pregnancy.
"All of the opinions that I had [from doctors], every one of them said that it's very, very unlikely, because no one knows one-hundred percent what causes [strabismus]," says Larry. "But I point-blank ask every single doctor, 'Could any medications that Anna was on have caused this?' and they said that it's more likely that a genetic reason could have caused it."
on January 13, 2008

Yo Adrianne! Rocky is going to be a play! The first 5 rows may be splattered with fake blood! 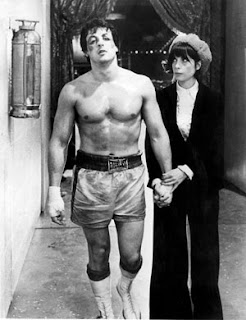 Extra:
Broadway is about to get hit by "Rocky Balboa."
Sylvester Stallone confirmed to "Extra" that the boxing thriller is moving to the stage.
“Yes. I believe that's going to happen. I have nothing to do with it," he admits. "I wrote the story for it, but it’s being turned over to the pros and looks like that's going to happen."
on January 13, 2008

Will an edited "Dexter" on CBS be worth watching? 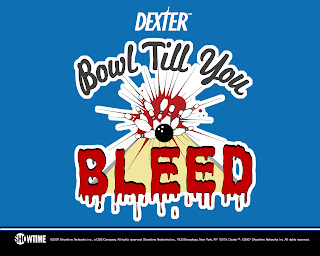 One of my favorite TV programs is "Dexter" on Showtime. CBS has acquired the rights to air "Dexter"'s first season. Great news! Except that the show will be edited for Network TV. Will an edited "Dexter" be worth watching? If you still haven't watched it on Showtime, or rented the DVDs....then by all means, YES!
Showtime:
DEXTER, the critically acclaimed drama series about a serial killer, which recently completed its second season on sister cable network SHOWTIME, makes an unprecedented appearance on network television when it premieres Sunday, Feb. 17 (10:00-11:00 PM, ET/PT) on the CBS Television Network.
DEXTER's move to CBS marks the first time a full season of a premium cable drama series will make the transition to network television. DEXTER's 12-episode first season will be edited for network television and will be broadcast on 12 consecutive Sundays.
"We’re excited to work with our corporate cousins at SHOWTIME on this unique programming opportunity,” said Nina Tassler, President of CBS Entertainment. "'Dexter' is a high-quality, compelling series that will be new and original programming for most CBS viewers. It’s also a great match with our existing line-up, affording us the opportunity to promote this critically decorated series in CBS’ top-rated crime dramas.”
"We're thrilled to have the chance to expose 'Dexter' to a wider audience on CBS," said Robert Greenblatt, President, Entertainment, SHOWTIME Networks. "I think it will be very compatible with their line-up as well as be a great opportunity to promote our brand on a platform that reaches every home in America."
on January 13, 2008 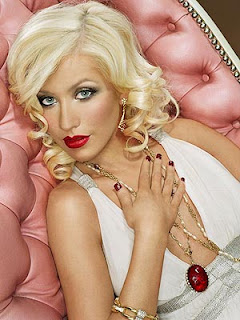 Beautiful song. Very nice..........Now this is how teen stars should mature into adulthood!
Christina Aguilera's official site:
Dear fans,
Today is a very joyful and special day for Jordan and I as we welcome our first son into this world.
In honor of our love for each other and our growing family, I have put together a special video for the song "Save Me From Myself" off my Back to Basics album. This video is very dear to me as it includes actual footage from our personal wedding video!
Just a little something to say "thank you" for your undying love and support. It is in no small part because of you that I live such a blessed and wonderful life!
Please download and enjoy...
With all my love,Christina

Roseanne apologizes for her attack on Oprah and Barrack Obama. 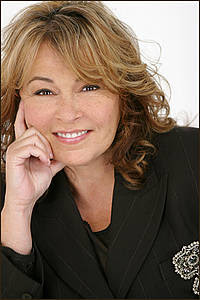 When is the Roseanne/Oprah steel cage match?
Star Pulse:
Outspoken comedienne Roseanne Barr has slammed Oprah Winfrey's political beliefs in a bitter blog posting on the Internet. The actress insists talk show queen Winfrey is conning the public with her much-hyped support of Democrat presidential candidate Barack Obama - because she's secretly a hardline "closeted Republican".
In the bizarre online attack, Barr claims Winfrey chose to back Barama over rival Hillary Clinton because she doesn't like "other women who actually stand for something to working American women besides glamour, angels, Hollywood and dieting."
Barr also takes aim at Obama, claiming the liberal African American politician backs "right wing corporate racist antiworker bulls**t." The comments caused such a stir that critics and fans alike crashed Barr's website with responses on Friday.
The fuss prompted the comedienne to offer an explanation for her attacks.
She added, "Oprah has been a force for good for a long time, and I just got carried away with my preference for Hilary (sic) over Obama. I'm sorry Oprah."
on January 13, 2008 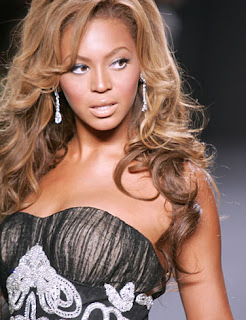 Is she? I'll call her and let you know..........Anyone have her number? :)
Entertainmentwise:
Rumours are rife that Beyonce Knowles could be keeping a secret - she's expecting a baby with new husband Jay-Z.
The pair married in a secret ceremony in Paris last month, and now friends are suggesting the former Destiny's Child singer could be celebrating again soon.
One tells the Mirror, "Beyonce is giving nothing away. She's always been close to her parents and open about wanting a large family of her own one day."
Given how secretive the pair were over their nuptials, we probably won't know for sure until Beyonce's actually given birth!
on January 13, 2008