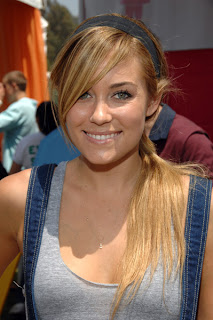 US:
Is Lauren Conrad rekindling her high school romance?
The Hills star was making out with Stephen Colletti, her ex from their days on Laguna Beach and a host for MTV, at LA's Central on Saturday night.
After arriving together Conrad and Colletti stayed close to each other all night, flirting and chatting. They were spotted making out by the bar after Colletti carried her there from the dance area. (Conrad, of course, is no stranger to the dance floor.)

Miley Cyrus says her controversial pictures with her girlfriend are innocent. 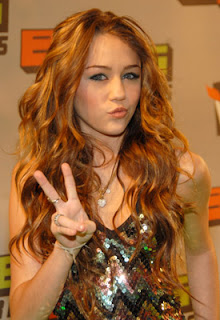 I have to agree with the kid. There's nothing wrong with the pictures.
People:
Photos of Miley Cyrus, shown frolicking on a hotel floor with a female friend and sharing a piece of candy, have been circulating the Internet this week, but the 15-year-old pop sensation insists that the candid shots and what took place are strictly innocent. "They're nothing bad!" Cyrus told Z100 New York on Friday, right before her sold-out Best of Both Worlds concert at Nassau Coliseum. "At first, I was really upset. It really sucks," said the Hannah Montana star, who at one point exclaimed, "Look at me getting all upset!" Not that she simply plans to shrug off the controversy, or the fact that the photos were even leaked. "It's not something I'm going to let slide," she said. "I'm really upset about it, 'cause it was, like, not even a big deal." As for the blonde with her in the shots, Cyrus calls her "a friend of mine that's a normal girl. ... That's one of my best friends. I have all these girls who I hang out with all the time."

Kristen Bell will kick your ass if you are rude to the waiter! 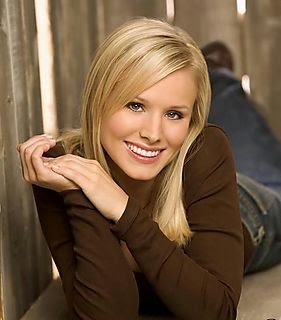 She's more likable with every quote!............
Star Pulse:
Heroes star Kristen Bell fears she'll never find another man because the dating game makes her want to "vomit." The sexy blonde has recently ended a five-year romance and now she worries it will be some time before she gets involved again.
This contradicts reports Bell is currently dating Kate Hudson's ex Dax Shepard.
She says, "I'm probably never going to date again. I don't want anyone to talk about it because I'm way too nervous, and it's weird to know other people watch you do it (date). I might never leave the house again."
But anyone in with a shot of dating Bell, must be funny and nice to waiters.
The actress tells Complex magazine, "If someone can make me laugh, you're in like Flynn. I like to laugh; that's the number one for me. Also... if you're not nice to the waiter (on a date), you're out. And you're not just out, I might kick your ass."
on December 30, 2007 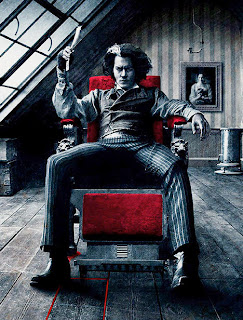 Depp is the best actor of our generation...................
Exposay:
Johnny Depp has gone through a variety of roles that include pirates, man with scissors for hands, and a constable in search for a headless horseman among others, but nothing scares him more than his latest role: a barber.
The 44-year-old actor says that a simple flashback scene in 'Sweeney Todd: The Demon Barber of Fleet Street' had him and director Tim Burton shaken to their cores. It was when young Sweeney's happy life before he was sent to prison by the judge.
Although seemingly normal, the actor and the director who created the movie couldn't stomach it.
"I think that was the weirdest thing I ever had to shoot," Depp says in an interview. "[Burton] literally was sobbing. He left the set of his own movie."
The 49-year-old director says the melodrama of the scene was too much to bear. "That's when I knew [Depp] was a great actor, because that was terrible. That was so bad."
on December 30, 2007