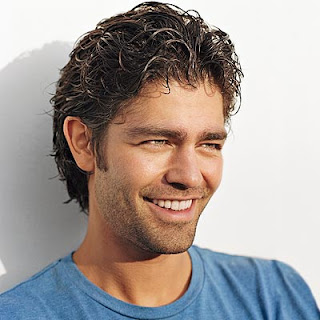 Good for him. Keep your eyes on what's really important.........
Star Pulse:
Adrian Grenier, who's usually busy either being a celebrity or playing one on TV, took a break to hang out in more humble surroundings and serve up some grub at a soup kitchen.
The native Brooklynite returned home Friday with his mother and uncle to volunteer at Neighbors Together Soup Kitchen in the Brownsville section of the borough.
''It's so important to give back during the holidays and throughout the year, and I wanted to do my part by helping people here in Brooklyn,'' the actor said in a statement. ''It isn't right that millions of families suffer from hunger and worry about getting their next meal. We all need to help in whatever way we can.''
Grenier, who plays Vince Chase on the HBO hit series Entourage, was taking part in an effort by America's Second Harvest and Netflix Inc. to draw attention to food bank shortages.
Actor Kevin Bacon participated in a similar event this month. ''I was shocked to see so many empty shelves in the Food Bank for New York City,'' he said in a statement.
Grenier has appeared in more than 20 films. His HBO show follows the antics of Chase and his pack of friends as they navigate a cutthroat Hollywood
on December 16, 2007 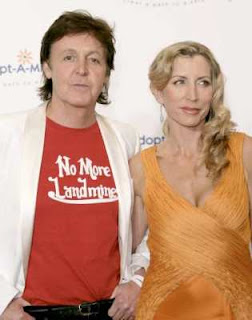 Entertainmentwise:
Heather Mills has a recording of her estranged husband wishing death on her, according to a new report.
The former model allegedly has a recording of the former Beatle telling daughter Stella he hopes Heather will committ suicide under the pressure of their divorce so he won't have to pay her a settlement.
According to the News Of The World Sir Paul says on the tape, "If we turn up the pressure on Heather, with a bit of luck she will top herself and then we won't have to pay her a penny."
A source at Mills' new lawyers M Law says, "When Heather found out what was said on the tape, she was very distressed. It was such a terrible thing to say, whether it was meant or not.
"Heather was very shocked and hurt and has discussed the tape several times with her sister Fiona.
"She knows that she and Stella never saw eye to eye but she never expected anything like this."
on December 16, 2007