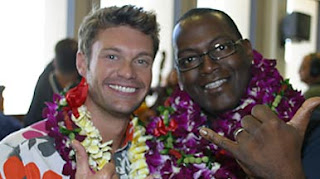 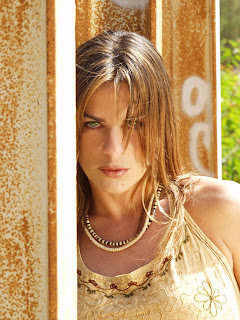 Is this sighting a preview of what "American Idol" viewers will see this January? Gioia seems determined to land a spot on Idol. Her people seem to have her in the right place at the right time! A patron of Quattro in Miami on Wednesday night spotted Exposé diva Gioia Bruno on the scene. Steve Thiessen spied on fellow patrons Randy Jackson and Ryan Seacrest as they enjoyed themselves. He believes he witnessed Gioia Bruno hobnobbing with with the two American Idol stars. "Gioia looked like she was having a great time," said Thiessen. "She appeared to be laughing and enjoying Randy and Ryan's Company as if they were old friends!"Paula continues to be missing, but Gioia is popping up everywhere. To be continued...

There will never be a President George Clooney. 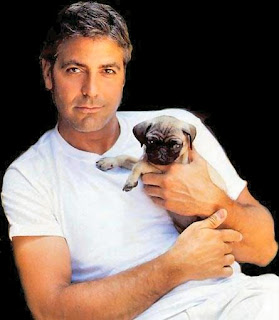 I can also safely say that I will not run for the oval office.
Star Pulse:
Hollywood superstar George Clooney has ruled out a career in politics, just days after pal Brad Pitt tipped him to become the President Of The United States.
The Michael Clayton actor admits he wouldn't like the networking involved in politics.
Clooney tells American magazine Time, "No. As an advocate, I can take a side and stand by it and not have to worry about ticking off some constituents who helped get me elected. I don't want all those kinds of strings attached." 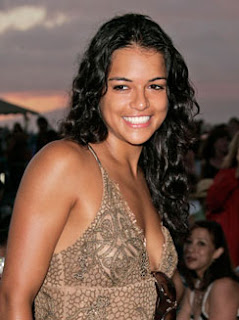 I came across this Michelle Rodriguez interview from a week or two ago. Highlights include:
"Girlfight is the only project I'm proud of to date."
"I am in love with arugula parmesean salads."
"I'm deep into house music."
"My favorite [scientist] at the moment is [Stephen] Hawking."
You can view the interview at theStreamtv
on October 07, 2007 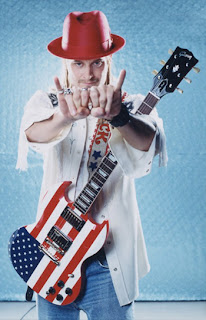 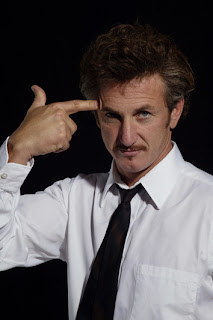 Maybe it was Tim Robbins......
Page6:
WE'D love to see a debate on the war in Iraq between Kid Rock and Sean Penn. Rock didn't name Penn in his interview with Penthouse magazine, but he seemed to be aiming at the actor when he said, "These kids [U.S. soldiers] are very young and a lot of them think people who oppose the war are against them. You have to be very careful with what you talk about - especially when you are some Hollywood [bleep]er. Just because you made a great movie doesn't make you are an expert on foreign policy." Rock spent Christmas with the troops and met then-Defense Secretary Donald Rumsfeld, whom he defends. "I was at the White House drinking a Beam and Coke, shooting the [bleep] with Rumsfeld, when [President] Bush came by and gave me five like we were on Seven Mile and Van Dyke in Detroit," he told Penthouse. And Rock is a big proponent of firearms: "If it weren't for guns and people who know how to use them in America, we'd all be sitting around with swastikas saying, 'Heil Hitler!' "
on October 07, 2007