Stewart Copeland's blogging days are over. 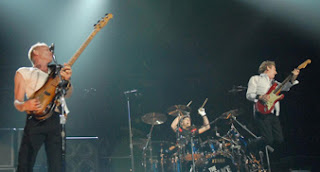 The Police reformed & are STILL together. Although, there wouldn't be a Police tour without some bickering. It sounds to me like Sting & Andy need to get a sense of humor....
Star Pulse:
Stewart Copeland has been relieved of his job as The Police's online blogger after poking fun at singer Sting in an early attempt.
Guitarist Andy Summers admits he and Sting were far from amused when drummer Copeland grumbled about the reformed trio's early shows online, stating the band was "totally at sea" and the frontman was a "petulant pansy".
Summers says, "I think that was just cabin fever after having been in the same hotel room for three weeks. Stewart thought he was going to be the blogger on this tour. That ended pretty quickly."
on July 29, 2007 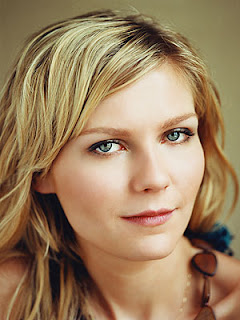 If you wanna be Kirsten Dunst's main squeeze, you must be tidy.....
EntertainmentWise:
Johnny Borrell’s attempt at living with his girlfriend Kirsten Dunst hasn’t lasted long – she’s chucked him out for being too messy.
The Hollywood star has decided she’s had enough of the Razorlight singer’s grubby ways – including, apparently, riding his scooter through the living room - and has told him to sling his hook back where he came from.
“Kirsten is incredibly tidy – she is obsessive when it comes to cleaning. Johnny is messy and it was driving her mad,” a pal tells the Mail.
“Kirsten has asked him to move back into the place he shares with an old pal in nearby Muswell Hill. They are taking some time out.”
on July 29, 2007