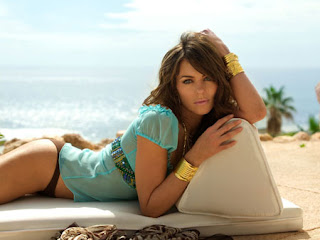 There's always a pretty good chance children of celebrities will someday end up in therapy. The chances for the son of Elizabeth Hurley is 100% after Liz made him wear a neon pink bikini for a photo shoot. The picture was on Liz's website but has since been removed.
digitalspy:A source told the News of the World: "It's an outrage Liz made her son do this. He's not old enough to make that sort of decision. Imagine the teasing he could suffer at school. Why would any parent do this to their child?"Liz suggested Damian pose in the bikini. Other people were uncomfortable with it but she insisted."
on July 01, 2007

Britney Spears producer may be delusional. 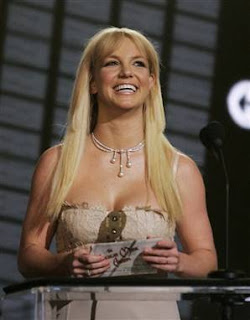 One word describes Britney Spears new CD. "Wowsers". So says the producer, Sean Garret. The CD will not be released until 2008. Wowsers? I have my doubts....StarPulse
on July 01, 2007